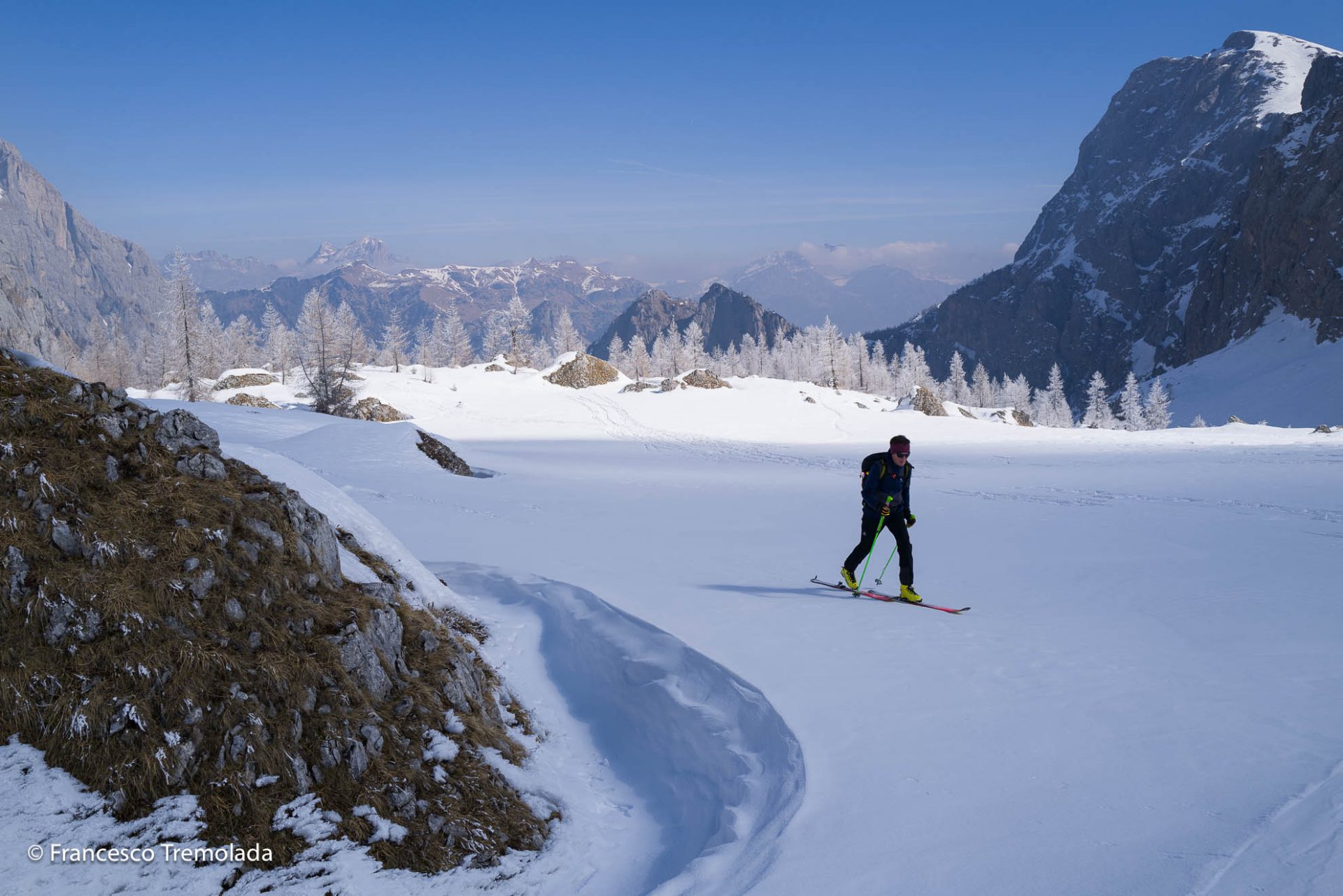 Ski touring, freeride and adventure skiing in the Dolomites

January, February and early March were characterised by beautiful, cold and often windy weather. The lack of precipitation made off-piste activity difficult, and the very few snowfalls were followed by periods of strong winds that immediately made the snow disappear, especially at high altitudes. Fortunately, low temperatures kept the snow even at lower altitudes, allowing descents along the return routes, but only a few ski mountaineering itineraries were feasible and the quality of the snow gradually deteriorated. With a bit of imagination and a lot of consultation with friends and colleagues, we managed to do a lot of good days, often putting the exploration of special places and a bit of adventure above the quality of the skiing.
Definitely one of the most difficult seasons in recent years. Fortunately the ski slopes, which were always in excellent condition, attracted many tourists who, after the pause caused by the pandemic, finally got the tourist economy back on track in the Dolomites.
We are now hoping for a good end to the season, even if, with the rise in temperatures, the situation will not be easy in the absence of good snowfall. We will see. 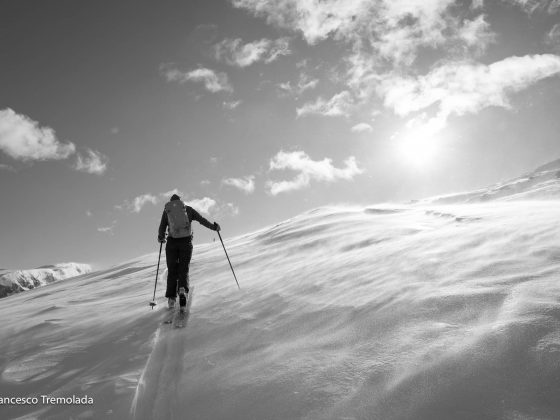 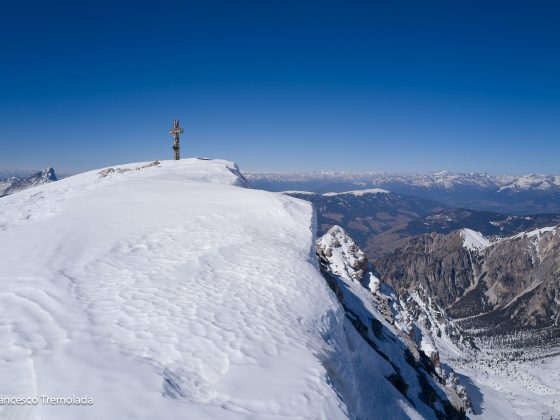