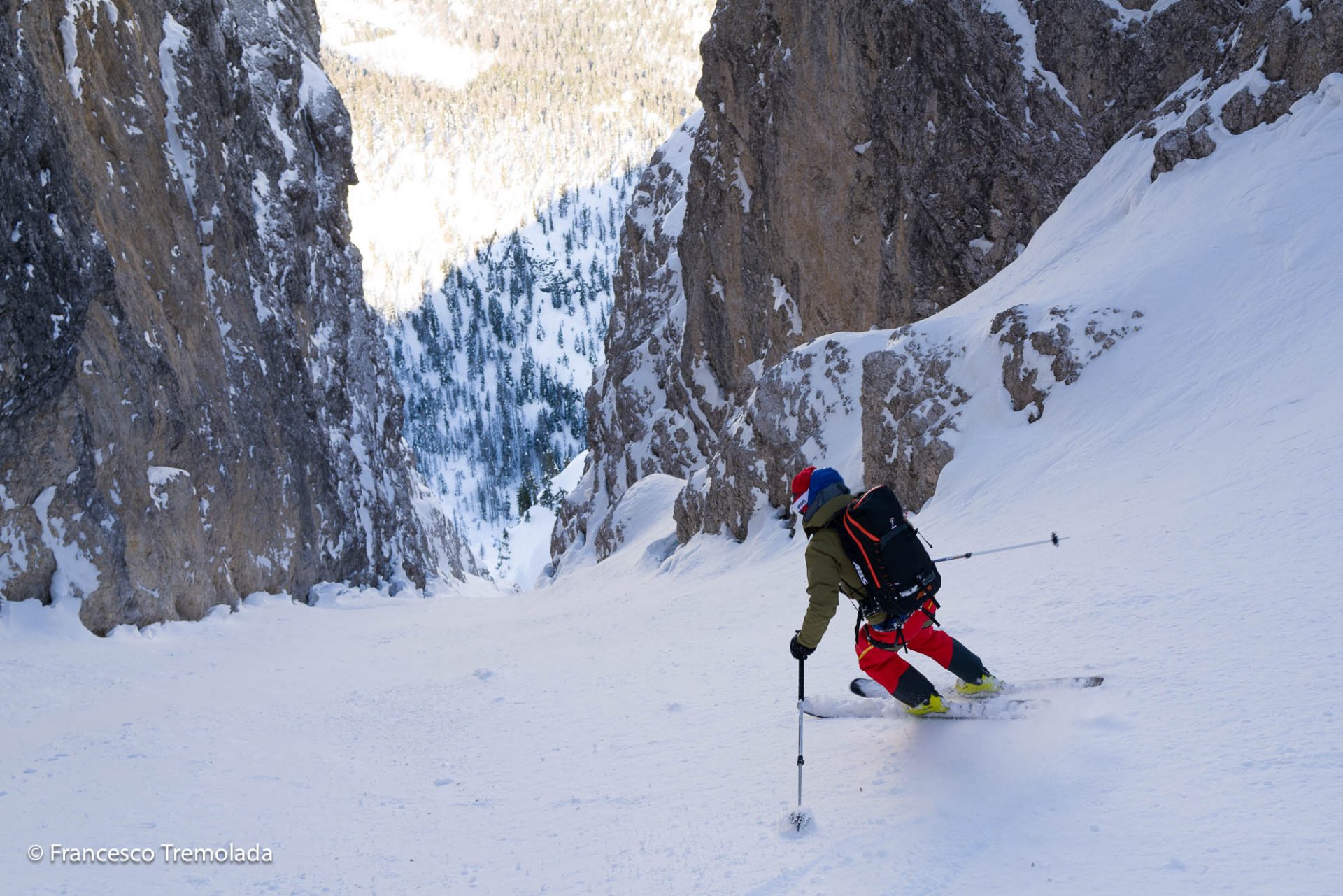 The ski season in the Dolomites started with the big snowfalls at the beginning of December. Lots and lots of snow. The statistics say it was the snowiest month in the last thirty years! The conditions for skiing, after the first critical days in which the passes and several roads were closed, were fantastic, with safe and excellent quality snow. The base was well consolidated, as it had been in the spring, and it was possible to carry out challenging itineraries and steep couloirs, normally only feasible later in the season.
Unfortunately, however, due to the restrictions caused by the pandemic, the ski lifts did not open, nor did the accommodation facilities, cancelling or almost cancelling the winter tourism that usually characterises the Christmas and New Year holiday period.
With no foreigners and very few Italian tourists, limited by travel restrictions, the mountains have returned to silence and tranquillity and many consolidated balances have changed. Ski mountaineering in particular has seen a big increase in the number of participants, even among the locals: finding equipment to buy or hire is even difficult!
Another good snowfall over the Christmas period, with lots of light snow due to the low temperatures, then covered the whole landscape again. This time, however, it was more windy at altitude and in many areas there were large, dangerous windslabs. So we skied a lot in the woods, almost enchanted by the large amount of snow, but at the end of the year, thanks to the favourable weather, we went back up again, albeit very carefully. Not even enough time to see where and how the wind has worked, and it’s snowing again, and lots of it….
It’s going to be a good, long season. At least for ski mountaineering.
Covid permitting.
Happy 2021! 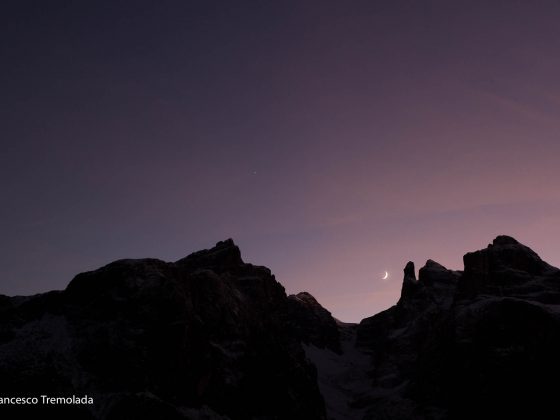 A November to remember 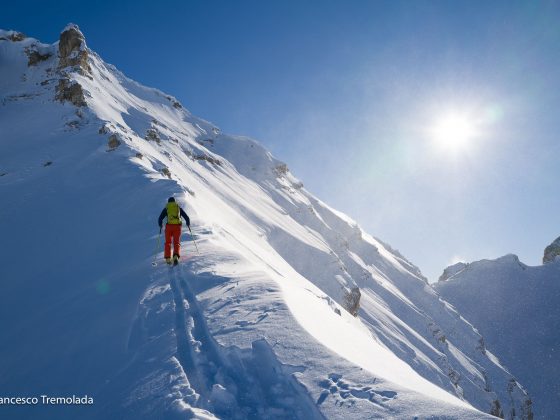