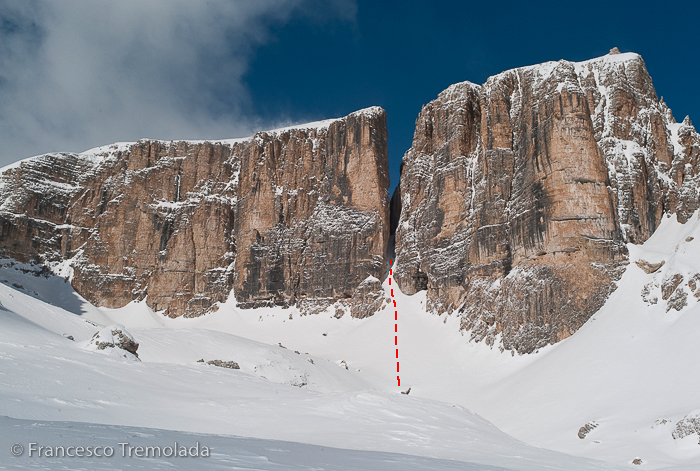 A steep couloir with an easy approach and a difficult descent wich requires one abseil (rope of 50 m).
From the top of the Vallon chairlift (Corvara) climb the couloir beetween the peaks “Sasso delle Nove” and “Sasso delle Dieci” and reach the “Forcella del Vallon”. On the top you have to pass trough a natural arch to start the descent along the opposite side. The first part is steep and inclined on the left; then you reach a cliff which requires an abseil (bolt on the left side). The second part is still steep, but easier and joins the classic Mesdì valley. 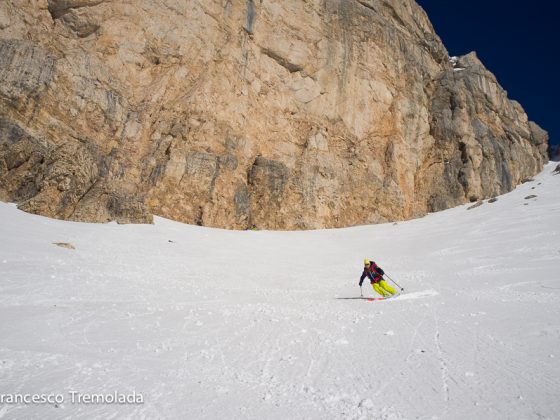 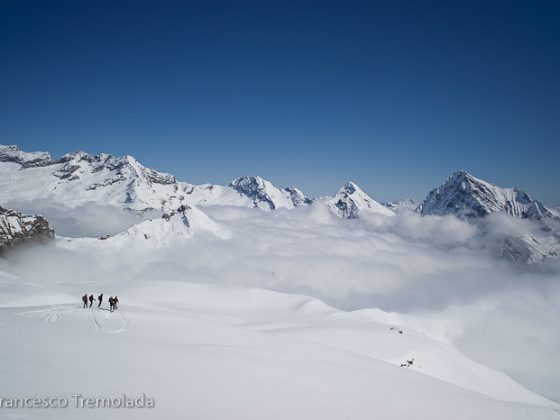