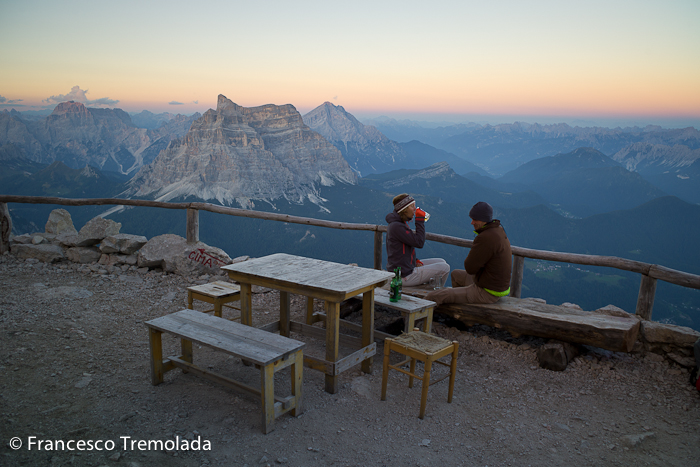 Mount Civetta is one of the most beautiful peaks of the Dolomites and you can climb it along the Alleghesi Via Ferrata, probably the best via ferrata in the Dolomites.
Sunday morning we started from Malga Grava and we climbed the summit in one push (1600 m of vertical difference), but with no pressure as we planned to sleep at Torrani Hut, just half an hour below the summit along the normal route. The weather was great, so we spent more than one our on the top and later we had an amazing sunset from the terrace of the hut. The Torrani is a little “rifugio” at almost 3000 m, with a super view and a magic atmosphere and if you stop here you can really feel it.
Monday, after the sunrise and a good breakfast, the followed the normal route to go back to the Malga Grava. 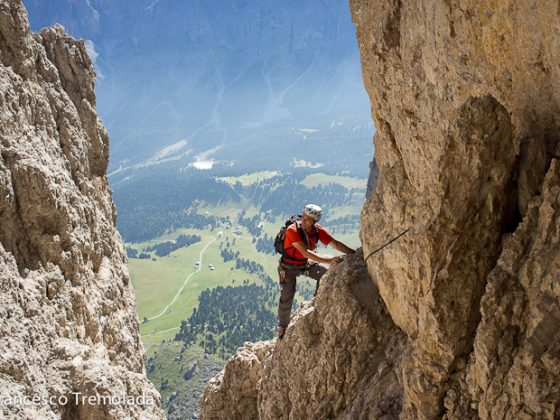 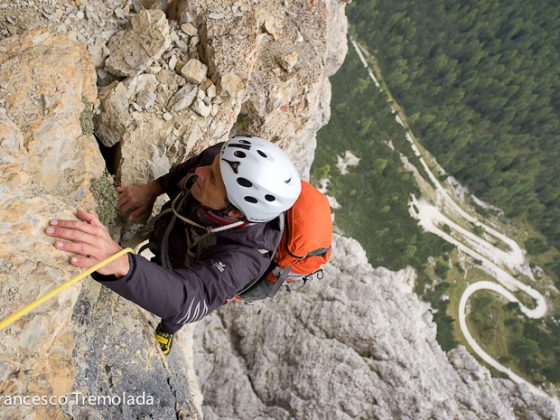