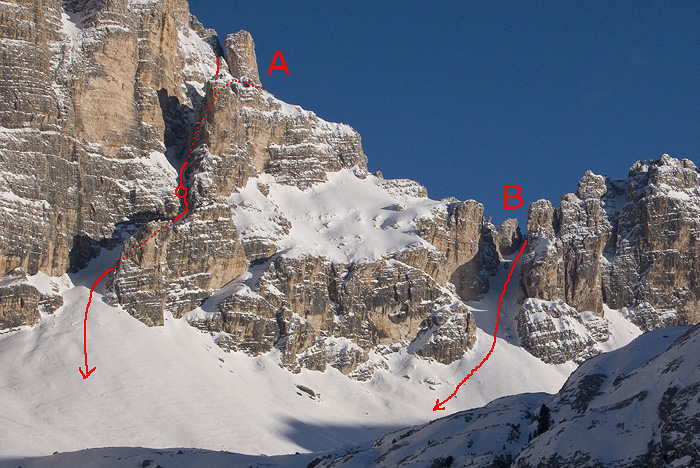 A steep couloir which starts from the yellow tower of the Tommaselli via ferrata and faces the Hidden Valley and Scotoni hut.
Starting point from Lagazuoi cable car and same approch as for Cadin di Fanis and Forcella Grande itineraries. In the upper part it’s possible to reach the little saddle between the tower and the wall, to ski the couloir from the top (only with a lot of snow) or traverse at the bottom of the tower (exposed!) and start the descent in a more skiable couloir.
The descent is very steep and before the end ther’s a narrow section with a cliff which requires a short abseil (30 m rope) using the old via ferrata pitons on the right side (original WWI pitons!).

You can check the snow conditions from Capanna Alpina (binocular). 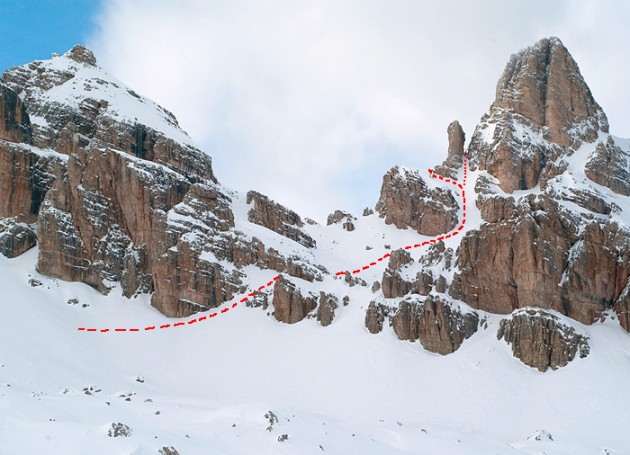 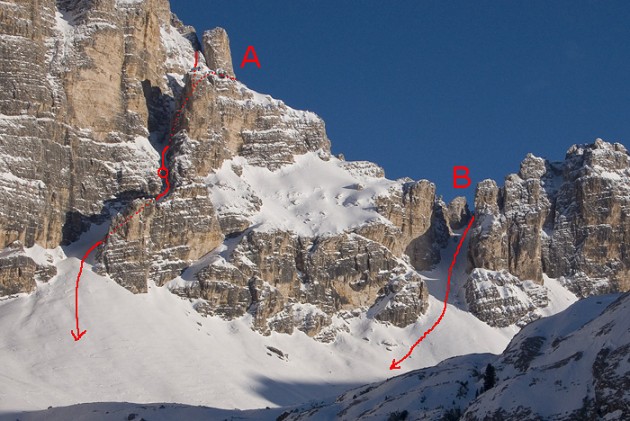 A: Tommaselli couloir – B: Forcella Grande 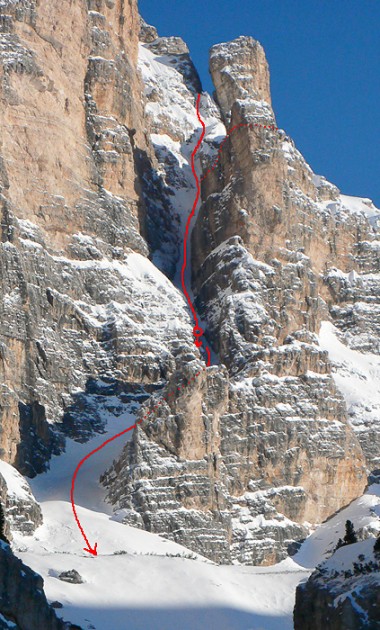 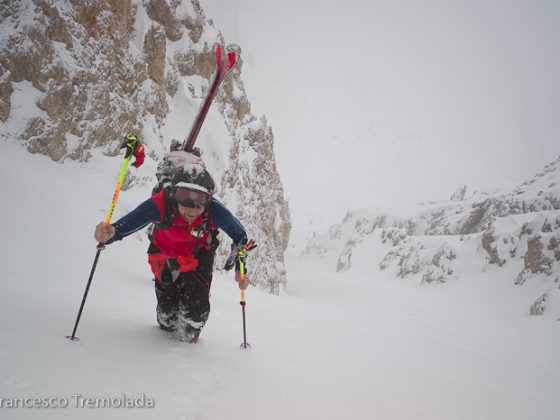 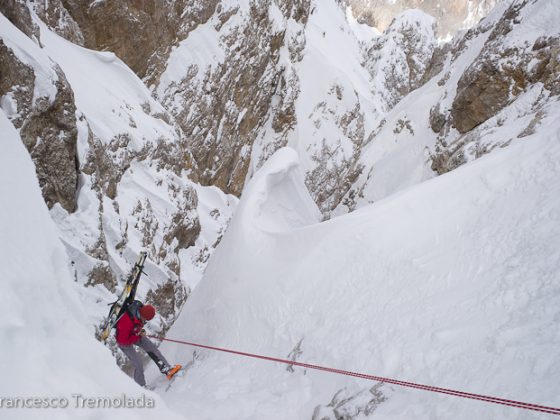