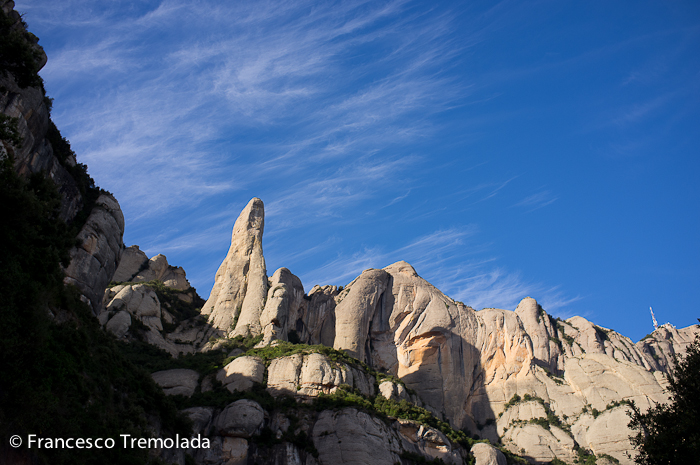 Montserrat is one of the most famous climbing places in Spain. This mountain is close to Barcelona (around 45 min driving), in Catalunya, and with its long multipitch routes and more than 3500 sportclimbing routes is one of the biggest climbing areas in Europe. Here is very popular to come not only for climbing, but walking, scrambling, canyoning… or only for a visit at the monastery.

Last week we were in Barcelona for a couple of days and, in spite of the bad weather, we were able to spent two days climbing in Montserrat. As I was here other times, we wanted to climb something challenging, but, because of the strong wind it was too cold for some of the best routes, like the north face of the Cavall Bernat. In any case we managed to climb on the south side of the Saint Benet area and the sportclimbing areas around El Bruc.
Climbing in Montserrat is something different, first of all for the rock, a conglomerate that you need to understand… but also for the routefinding on the long routes, where the protections are sometimes very distant and the grades feel often much harder than the rating!

Here a gallery to figure out how nice, and different, is this place: 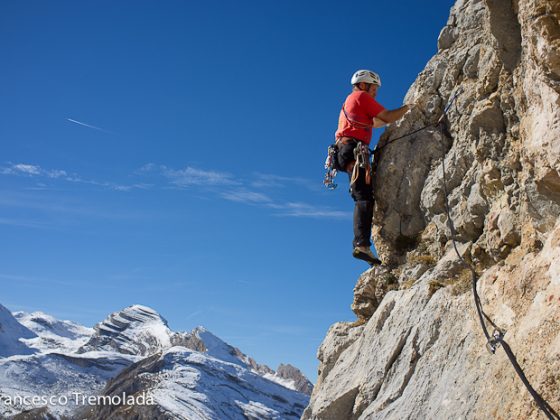 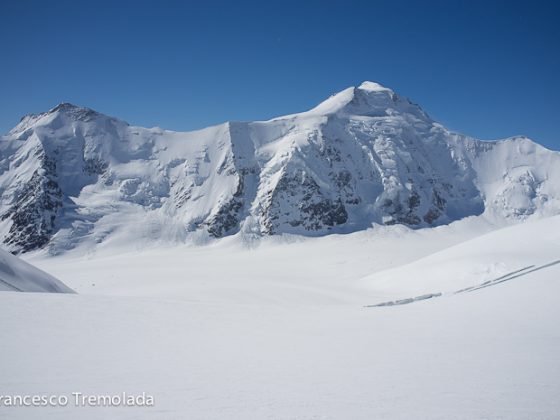